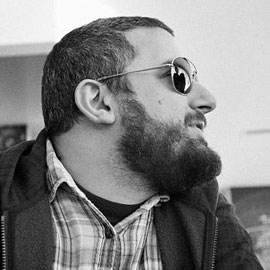 Producer/Engineer/Arranger
 Untitled Document In addition to being a producer/engineer/mixer, Jon Mizrachi is also an avid performer and arranger. As a graduate of The Hartt School of Music, he prides himself in his ability to play seven instruments, program slick electronic beats, and is often found lending his sound to records made at The Buddy Project. He spends most of his time working as a song plugger for a major publishing company licensing music in film, TV, and advertising. Working with Jon might actually end up making you some money….probably not though.