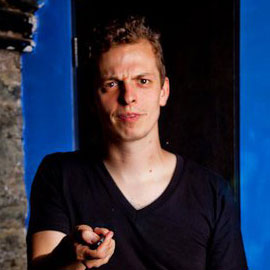 Producer/Engineer/Mix Engineer
Shane O’Connor is a rock recording engineer and producer. Shane has worked with artists such as Tab The Band, Madi Diaz, The Blue Pages, and Blackbutton. Residing in New York City (as well as Boston), Shane O’Connor is known for recording bands in a live-in-studio format, with an emphasis on organic and emotional performances. Shane currently works out of The Buddy Project as well as Skyline Recording Studio in Manhattan, Rough Magic Recording Studio in Brooklyn NY as well as Q Division Recording Studio in Boston Ma. Shane’s career in music production started in a punk rock fashion, recording bands in basements and attic spaces with whatever equipment was available. Soon, he was working as an assistant at Q Division Recording Studio in Somerville Ma. Here Shane learned from seasoned veterans about recording techniques of decades past. This background, in combintation with a degree in Music Production and Engineering from Berklee College Of Music put Shane in a unique niche as a recording engineer and producer. Today, along with engineering, mixing and producing records, Shane holds seminars on recording as well as private lessons in music production. He has been featured and written for Northeast Performer, The Deli Magazine, and various blogs.